I think this answer is great because it points out not just the common conception that it opens up an elite social circle, but that it opens up a student's eyes and mind towards what is even possible and what resources are available.

Every accomplished person I know had a mentor.  Usually their parents, sometimes teachers or friends.  Kids don't just start thinking "I want to go to MIT in 4 years, so I'd better start doing math contests, and getting research internships, and self-studying AP classes so I can take tests my school doesn't offer."  Someone had to tell them those things existed, and that they could actually do them.

Similarly, most kids don't think "I want to go work at a trading firm" or "I'm going to intern at Google my freshman year" until they go to a top school and see what their classmates are doing, and realize they can do the same things.  This alone gives kids from top schools a huge advantage in the job market.

What makes students from elite schools so special?

Talented Musician With Autism Running Out Of Money For College « CBS Denver.

I just had to share this story with everyone I can as soon as I saw it. I’m 1000 miles away but I can still pass on the light that my talented and bright siblings bring to the world.

Kids cast long shadows as they grow up so quickly–especially when they start college at age 4.

His camera bag full of miniature superheroes securely stowed on his shoulder, my son marched up to me in the kitchen and proclaimed: “Daddy, I’m going to college now. Bye!”

He gave me a nod and strode into the other room, college bound.

I’m not sure where he got this from–perhaps his Nina (my sister-in-law) who just started her second semester as an undergrad. Whatever the source, it was both hilarious and adorable at first. But then a poignant new layer seeped in.

I was reminded that this stage doesn’t last forever–that someday he actually will be leaving for college. In fact, because our family embarks on all great milestones in twos, my wife and I have been quietly dreading the emotional double-whammy of his sister and him both graduating high school, moving out, and starting college at the same time.

13 My son, eat honey, for it is good, and the drippings of the honeycomb are sweet to your taste.
14 Know that wisdom is such to your soul; if you find it, there will be a future, and your hope will not be cut off.
15 Lie not in wait as a wicked man against the dwelling of the righteous; do no violence to his home;
16 for the righteous falls seven times and rises again, but the wicked stumble in times of calamity.

Sometimes, I wonder why I wonder. 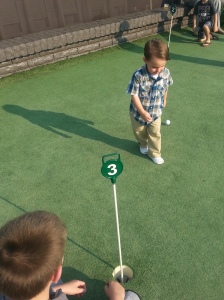 When he has a blup in is hand, he wields it with deadly force.

This is perhaps my newest favorite of my son’s phraseology. It means golf clubs (or flip flops, or bathtub, depending on the context.)

For a long time now, I have been writing down all of his verbiage to develop a personal lexicon for those who wish to speak with him. It’s helpful for family and babysitters, but mostly, I just treasure it. I love adding everything I hear to it and it’s getting quite impressive. By my count my son regularly uses at least 175 words/phrases. I don’t know where that is on the bell-curve, but people are often impressed how well he uses language and expresses things. He conveys emotions and ideas well, even at two years of age and without the articulation.

In my experience, a lot of parents are hyper-concerned about the language and cognitive abilities of their toddlers. Especially with boys.

He’s struggling with language so we’re putting him in speech therapy.
Me: How old is he?
Sixteen months.
Me: [Pause] Give him time.

I tell all of them pretty much the same thing: don’t worry. I’ve worked with children with officially diagnosed delays, like autism; that’s a different situation, and there’s a lot of hope with those. But every child is different, and the most important thing is guarding their environment (which parents CAN do something about) and giving them a place to learn well, rather than directing their language (which parents really CAN’T do much about.)

For example, challenge them to speak so that they really get what they want. When my son just whines for something, I tell him clearly, “I don’t know what you want. Tell me. Try to use words.” He virtually always makes a go for it.

Maybe I’ll share more of his words as time goes along. 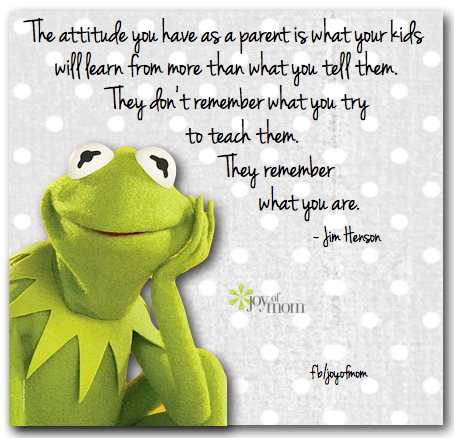 Sometimes you read something that hits your Truth button like a savage blow to the solar plexus. This is one of those things. (Thank you to my wife for sharing it on her timeline. 😉 )

Does thinking make you tired?

I wish that I could energize and focus myself by thinking and (relatedly) by reading. I wish I could set my mind to something and just GO but I find that focus and a state of wakefulness are kind of like trying to keep a spinning top from falling off the sides of a coffee table. You have to herd that mess.

(See what I mean?!?! I’m writing late at night and while thinking about the impact of this last statement, I nodded off, fingers barely poised above the home row—except for the heavy ‘d’ finger.

I really did write this segment late at night, really was exhausted, and really did fall asleep in the process. But before I banished it to my Ridiculous bin, I wanted to share some good news with you. The good news is that working WITH the human brain and our physiology, instead of against it, is really worthwhile and will help us focus and reach our goals.

Here are some scientifically backed tips for getting more of your potential loosed.

These little tips are sufficient to lighten up on  yourself and get tough with yourself simultaneously. Work with your biological inclinations, get serious about building and guarding an environment you’re most likely to succeed in, and then go for it. 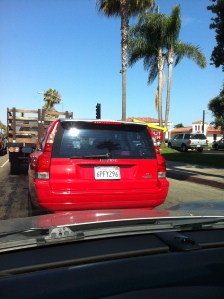 I snapped this driving the other day, as I had a strange moment. In the words of Scooby, “RRUUGH?!?”

As I pulled up behind it, I squinted and thought, “What is that word where it should say ‘Volvo’?”

Yes, it says Ferrari there under the rear wiper. It even had the iconic horse emblem on the front grill, and matching crests on the hubs of the wheels. Very interesting sense of humor here in HB.

Pastor Jay got me thinking the other day. He made a great point.

God always uses small numbers to work with. Not large numbers. He uses a baby in a stable, the runt of the litter, the shepherd, the little old lady…

If large numbers are used, God doesn’t get the credit; people will tend to believe that if a big campaign succeeded, it was due to a show of human force. An individual or a small group of people bringing down huge walls or parting seas DEMANDS that God receive the credit.

This is extremely encouraging to me because it reminds me that starting small, having small odds, or having big obstacles, are not really signs of trouble. They are not signs that I am way in over my head. (Or maybe, even still, being in over my head is a good place to be sometimes, especially when it comes to my dreams.)

In his great book that I’m reading, JOLT!, Phil Cooke talked about his brother-in-law (I think it was) who was an oil tanker captain. These massive ships are so big and heavily weighed down, and have such a small rudder, that they have to start turning 20 miles ahead of time in order to turn and change course! 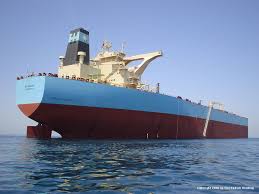 Massive ships take a long time to turn, but it is worth it.

Sometimes I see myself as a massive object: emotionally, physically, I can take a while to get going, but then when I do I can get momentum that is hard to stop. Maybe I can use this as more of an asset than I thought.

More importantly, my efforts to change my life and take on new challenges and change course is going to take a big push, but it is well worth the suspense.

Top 10 Mispronunciations that are more annoying [to me] than “nucular.”

I know that ‘nucular’ gets some extra time in the hot seat because of politicians, but there are mispronunciations that are much more bothersome to me. I come across them more often, so maybe that has something to do with it.

Call me weird, but I really appreciate being corrected when I say something wrong, so that I don’t sound ignorant, disrespectful, or dumb. It doesn’t have to be in a mean way. (I really have to work on my approach. I’ve recently learned I have a blunter, sharper delivery than I ever imagined.)

I would love it if you would leave a comment with one or two that really should be on this list. It’s good to say things right. 😉

Expresso–As in, “Can I get an extra shot of expresso?” I suppose if you are referring to espresso’s occasional natural diarrhetic effect…then it’s fitting.

Perfek–As in, “That dive was a perfek ten!” If E is your SL, then I understand. It’s not easy at first.

Comferble–As in, “This chair is so comferble.” I know the true pronunciation sounds ridiculous, but at least give a nod to the central ‘t’ with the conventional “comftorble.”

Chai Tea–Since “chai” or something close to it is the word for tea throughout the Asian continent, the “tea” is simply redundant.

Worcestershire–You know you can’t say it either.

I don’t know if I’m picking on the word, or on the institutionalized butchering of it, but it sure is good stuff to cook with, irregardless.

Irregardless–It’s in the dictionary now with the “nonstandard” tag. So I don’t dwell on it. But it is a double negative, still.

Punkin–As in, “Can I get some punkin pie.” I prefer ‘bumpkin’ if you are going to botch the beloved gourd.

Ornch–Why does anyone say “orange” when they refer to the fruit form, but in the next sentence ask for a glass of “ornch juice”?

Orientated–When instead the person means “oriented” as in positioned in a certain way.

-eh!–This suffix is increasingly affixed to the last word of many sentences proceeding from the mouths of certain persons (I won’t say which gender), of a certain socioeconomic bracket (middle-upper), and especially from a certain region (I live in Huntington Beach.) Usually used for emphasis. Examples are:

...integrating Christian faith and knowledge in the public square

With All I Am

My Brain Blinks
Founding a Father

Forming a new Nation? Not bad but try Raising Girls.

the epic blog of a father of twins

Flashes of thought and cross-sections of truth

I Told Me So

The latest news on WordPress.com and the WordPress community.

MyBrainBlinks
Create a free website or blog at WordPress.com.